Poptropica has been around for 6 years, and over that period of time, many things have happened. I felt compelled to post this because with all the new things happening, the community seems to think that we’re losing sight of the genius Poptropica that we once knew. The Poptropica IPad app recently came out, and even though I don’t support it 100%, it doesn’t take away any more from the original game. I’ll express my thoughts on the app later, but for now, I’m here to tell you that we’re not necessarily losing Poptropica. Let’s begin! 😀

When Poptropica started back in 2007, it was nothing more than a playground for the educational FunBrain.com. It was a place that kids could take a break. Unsurprisingly, Poptropica became more popular than FunBrain itself.

So, Poptropica started to get popular. It was mid 2008. The Poptropica Help Blog was born. 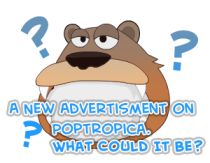 I also want to mention that around this time, Monster Carnival Island appeared and disappeared on the map. 😉

For a period of time, advertisements coexisted along with islands, almost like little brothers. Most were alerted on the Creator’s Blog, and video walkthroughs were also made for them.

We then got hints of the Poptropica Store, with four new costumes — one of which, a lamb costume, has never been released. Maybe the creators should get to that soon… 😛 And what happened to that pesky monkey? After that, news of Poptropica Membership was leaked. 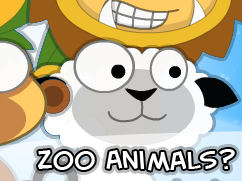 Popularity Contests were started by the Creators. They continued for a while and then stopped… Who thinks that the PHB should do them again?

Those were the days. Everything was so new. *wipes tear* Let’s use our time machine to go forward to the brisk year of 2013.

Poptropica now has it’s own DS game. That’s impressive. The Friends feature has been added as well. And there’s even books — and clothing!

Woaahhhh! Look at that list of toys! You could never get bored with all thi– never mind, I’m already bored.

But all is well! It’s just our regular Poptropica that we know and love. There are some minor changes, but nothing major. It’s not like Poptropica is going to have sound all of a sudden. 😆

Welp, that settles it. All is lost. Adios. Poptropica is far and beyond what it once was. It has morphed into a monster.

My point in going over all the changes that Poptropica has gone through is not to throw you into despair. Let’s take a look at one of the pages from the Official Guide Book: 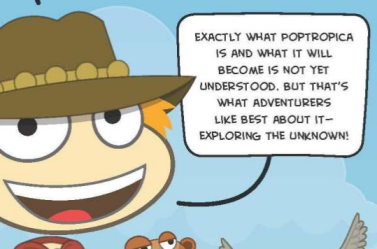 And with that, our journey ends. Or not. Poptropica lives on. We should too.

3 thoughts on “A Pop Down Memory Lane”